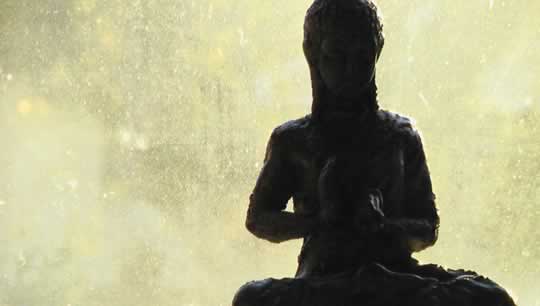 Can self-control make you happy, willing to sacrifice for others, fairer, unethical or easy to hypnotise?


Nowadays it’s hardly news that self-control is vital to success in many areas of life.

The studies bear this out with boring monotony in education, in health, in terms of how much money you earn, in personal relationships and even mental health.


Consciously or otherwise, people with low self-control know it’s a disadvantage to be weak-willed. To make up for it they seek out others who do possess this magical property, both socially and as dating partners (Shea et al., 2013).

But, according to studies published in the last six months, a more subtle picture is emerging of the advantages and disadvantages of having, or lacking, self-control. These provide new answers to what self-control can do for you and what it can’t.


One stereotype of people with high self-control is that they are boring killjoys. After all, how much fun can you have if you’re so in control all the time?


But, according to a new study by Hofmann et al., (2013), this stereotype is now being attacked. Their research showed that people with high self-control are happier because it helps them deal better with goal conflict.


Instead of agonising over whether to indulge in fattening foods, extra-marital affairs or cheap reality TV, people with high self-control find it easier to make the right choice. This is part of the reason they are happier. That and the fact they got better grades at school, earn more money, have better physical and mental health and so on.


Have you ever used a drug called ‘clorovisen’, also known as ‘zens’? And how many times have you used the drug in the last month?


The weird thing is that the drug doesn’t exist. The researchers had made it up to see if anyone would admit to using a totally fictitious drug.


Apparently some people just can’t help lying and it’s those who have low self-control that succumb to the temptation more easily, even if, as in this situation, there was absolutely nothing to gain from it. It was just lying for the sake of lying.


3. Can it make you willing to sacrifice for others?


The benefits of self-control have become so well-known that it’s easy to overlook the disadvantages of iron self-control, because there are a few.


One comes out in neat research by Righetti et al., (2013) who found that in close personal relationships it was the people who had low self-control who were more willing to make sacrifices for their partner.


This is because sometimes that first instinctual reaction is to sacrifice your own interests to someone else. This happens before boring old self-interest kicks in.


But those lovely people with low self-control just can’t help themselves. Before they know what they’ve done, they’ve done something nice.


Another advantage of people currently low in self-control emerged in a study by Halali et al. (2013): they are fairer. Or at least they acted more fairly in an economic game played in the lab called ‘the ultimatum game’.


The findings took the authors by surprise. To explain them they think that those low in self-control acted more fairly because of fear of having less fair offers rejected.


Perhaps, but that’s a rather weaselly explanation. Maybe it was like the last study: the first instinctual reaction is to act fairly and this is only tempered by later, more selfish thoughts.


Whatever the explanation, it seems in some circumstances people with low self-control act more fairly.


Sure, self-control is handy when you’re trying to give up smoking, or any other long-standing bad habit. But how can you boost your self-control when it’s been depleted by a long, stressful day?

One way of fighting back against low self-control is to use abstract thinking. When we are thinking abstractly we are more connected to our overall goals.


This was recently tested for people who were trying to quit smoking (Chiou et al., 2013). Participants who concentrated on why they were quitting smoking managed to smoke fewer cigarettes. This was because it boosted their depleted self-control.


(Find out more about self-control and abstract reasoning.)


6. Can it improve your mental focus?


One of the major benefits of self-control is it enhances mental focus and the ability to ignore anxious thoughts.


Just this process was seen in a study by Bertrams et al. (2013) who had participants trying to do maths in their heads while under pressure. Those with low self-control in the moment were more distracted by negative thoughts and performed worse in the task.


Much the same was true in another study on dart tossing (McEwan et al., 2013). Here participants whose self-control was depleted were less accurate and less consistent at throwing darts.


7. Can it stop you snooping on your partner?


Have you ever read your partner’s email or text messages, or searched their pockets or been too inquisitive about where they were last night? It’s pretty common, with one survey suggesting two-thirds of young adults have invaded their partner’s privacy at some point.


Relationships without trust are hard. But perhaps it’s about more than just trust, it’s also about self-control. Maybe some people trust their partner, but can’t restrain themselves from a little snooping.


Brand new research by Buyukcan-Tetik et al., (2013) found that, amongst married couples, snooping behaviours were only lower when a person both trusted their partner and was high in self-control.


So it seems that snooping on your partner doesn’t necessarily mean you don’t trust them, it might be that you can’t resist (even though you don’t expect to find anything).


8. Can it be replenished with sugar?


Perhaps you’ve heard of the studies which show that people’s self-control is replenished by eating something, especially something sugary? The idea being if you’re feeling low on self-control, a glass of orange juice will do the trick.


But the idea that there is some physiological connection has now been questioned, with some believing that really it’s all about what you believe.


There’s evidence for this in a new study by Hagger & Chatzsiarantis (2013) who used a glucose mouth rinse to try and boost the self-control of those who were feeling mentally weak. It worked. By contrast they found that using an artificially sweetened placebo did not work to boost weakened self-control.


So maybe it’s not really the sugar that replenishes self-control, it’s the idea of sugar. In other words self-control is much less about what’s in your stomach than was previously thought.


9. Can it make leaders unethical?


Leaders are often under a lot of pressure to perform. This tends to sap their willpower meaning that under some circumstances it’s hard to make the right decisions.


For those low in moral convictions, perhaps this makes them more likely to make unethical decisions.


Joosten et al. (2013) found that when leaders who had high moral standards were under pressure, they still generally did the right thing. But, for those leader whose morals were questionable, low self-control made it much more likely they would slip over the line into unethical behaviours.


So, low self-control can make leaders unethical if they’ve got low moral standards.


10. Can it make you easier to hypnotise?


You might imagine—I certainly did—that being hypnotised is all about giving up your self-control to someone else. That suggests it would be easier to hypnotise someone who has low self-control.


That’s the theory Ludwig et al. (2013) had when they hypnotised 154 participants and also measured their self-control.


Contrary to their expectations—and mine—they found that having higher self-control made people easier to hypnotise.

The explanation they put forward is that people high in self-control try harder to ‘do well’ when they are hypnotised. People lower in self-control, however, get distracted and don’t pay so much attention to the hypnotic induction so are less hypnotisable.