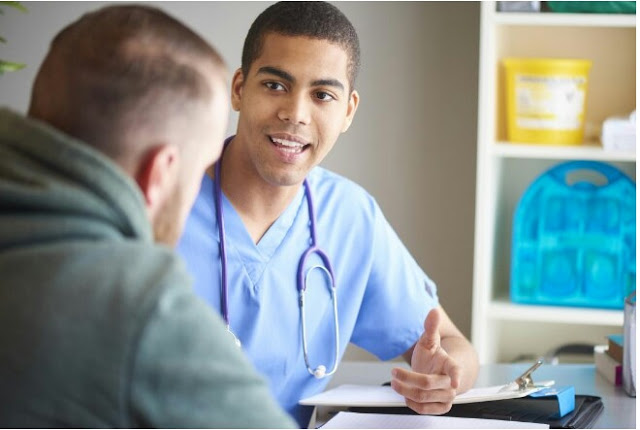 Reviewed by Stacy Sampson, DO

For adults, a normal eosinophil count is up to 500 cubic millimeters (mm3) in the blood.

Doctors may also measure eosinophils in cells per microliter (cells/mcL). The number will be the same in both cells/mm3 and cells/mcL.

A doctor may recommend the eosinophil test if a person has abnormal results from another blood test.

A person may have abnormal eosinophil blood test results if they show symptoms of:

In this article, we cover what people can expect from their eosinophil count test, as well as what the test results may mean.

An eosinophil count blood test is similar to other blood tests.

A healthcare professional will prepare the skin by swabbing it with antiseptic, and they may put an elastic band around the arm to make the vein more prominent.

They will then insert the needle into the vein. The healthcare professional will usually draw the blood from a vein over the front of the elbow area. Some people feel a slight pinch when the needle breaks the skin.

Once they have collected enough blood, they will remove the needle and elastic band before using a cotton swab or a bandage to stop any bleeding.

The entire process is quick, taking only a few minutes. Some people may feel dizzy or nauseous at the sight of the blood, or they may have mild bruising around the draw site for a few days after the test.

A laboratory technician will stain the sample to highlight the eosinophils and other blood cells, and they will then count the number present under a microscope to give a result.

The test itself does not typically require preparation. However, people should tell their doctor if they take any medications, as they might affect the results.

People having other blood tests at the same time may need to avoid eating for a period of time before the test. A doctor can provide specific advice on this.

The laboratory technician will send the results to the doctor, or directly to the person, usually within a few days to 1 week. Normal results typically show an eosinophil count of fewer than 500/mm3.

Different laboratories may, however, have different normal reference ranges. A person should ask a doctor to explain the results if there is any confusion.

Abnormal results indicate that the eosinophil count is too high or too low. Below, we break down what these results might mean.

Having a higher-than-normal eosinophil count in the bloodstream is called eosinophilia.

This condition may be:

Mild eosinophilia does not often cause symptoms, but moderate or severe cases can result in damage to organs in the body.

People may have a high eosinophil count if they have:

• certain cancers, such as leukemia
• a parasitic infection
• asthma
• allergies
• eczema
• hypereosinophilic syndrome, a disorder characterized by high eosinophil levels without a parasitic, allergic, or other cause of eosinophilia
• autoimmune disease

Lower numbers of eosinophils in the blood can suggest:

• Alcohol misuse: Alcohol misuse can cause the levels of eosinophils and other white blood cells to drop, which reduces the body’s immune system response to infections and other disease states.
• Overproduction of cortisol: Excess levels of cortisol, which is a glucocorticosteroid hormone, may have links to a lower eosinophil count and lower immune function. People with Cushing’s syndrome overproduce cortisol.

If a person has a lower-than-normal eosinophil count but no cortisol production issues or excessive alcohol exposure, a doctor may look at other different white blood cell counts.

It is not usually a cause for concern if these are normal. If other white blood cell counts are abnormal, however, further testing may be necessary to determine the underlying cause.

What comes next for people with high or low eosinophil counts depends on the underlying cause. A doctor may need to carry out further testing to determine the reason for an abnormal result.

People who have an infection or allergy that is causing eosinophilia can take medications to help resolve the issue and allow restoration of normal eosinophil levels.

People with autoimmune diseases or other medical conditions may require a more comprehensive treatment, which may include immunosuppressive medications and lifestyle changes.