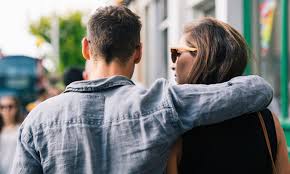 You probably weren’t an A-plus flirter the first time you tried it out — and you might think it’s still not quite your forte — but over time, many people develop those skills necessary to do it well. “Flirting is an important social emotional skill,” Dr. Stan Tatkin, a couples therapist and author of many books including, Wired For Love: How Understanding Your Partner’s Brain and Attachment Style Can Help You Defuse Conflict and Build a Secure Relationship, told me. “It is part of social emotional intelligence, just like lying is. It’s an important skill to have for friendliness, for being attractive in the world.”

Not everyone actually has the capacity to flirt or flirt well, but if you can effectively flirt, there’s an awful lot that happens in your body while you’re doing so. From hormonal changes, neurotransmitter activity, metabolism changes, and more, here’s some of what’s going on below the surface while you’re practicing your best hair-flip-smile combo.


When you’re flirting with someone, you might not give a lot of thought to your specific body language, but it’s different when you’re flirting than it is other times. David Givens, an anthropologist, director of the Center for Nonverbal Studies, and the author of Love Signals: A Practical Field Guide to the Body Language of Courtship, told Fusion that when people are flirting with one another, they start to mirror each other’s actions “because safe is same and same is safe.”

If you touch your ear, you might notice that they also touch their ear. If you reach for your drink or a snack on the table, you might see them do the same. You might also talk more with your palms up, which makes the other person feel at-ease. It’s an “I come in peace” kind of gesture. Feeling like you are both similar and on the same page can help you feel a bit more at ease in a situation that can make many people feel a little bit nervous.

“That’s kind of what gives you those feelings of butterflies in your stomach,” Dawn Maslar, biologist and author of Men Chase, Women Choose: The Neuroscience of Meeting, Dating, Losing Your Mind, and Finding True Love, told me. “Your body is taking the blood from, moving it from digestion, which is more of a relaxation thing and it’s moving it towards the muscles getting ready for fight.”

Your brain protects you from rejection


Sometimes people can be a little bit hesitant to go all-in on a relationship because they’re scared that they’ll get rejected outright or end up hurt later on down the line. David Henningsen, a professor in the communication department at Northern Illinois University, told Fusion that when you flirt, your brain helps remind you that you should be wary and a bit non-committal instead of jumping in and putting yourself out there.

“The genius of flirting is that it’s a shield,” he said. It makes sense that flirting helps you test the waters. After all, jumping in headfirst can increase the chance that your heart will be shattered.

The anterior cingulate cortex of your brain is what registers rejection and so it’s also the part of your brain that makes sure you don’t forget that you shouldn’t dive in headfirst too soon.

You blush and get flushed


According to Maslar, just like with your metabolism slowing, you blush and get flushed while flirting because your body is moving your blood supply around to try to respond to (and get ahead of) what’s going on externally.

“So when you’re talking to them and their face starts getting redder, that’s an indication that they’re sexually attracted too,” Maslar said. Those nerves they (or you) are feeling are causing a spike in adrenaline and an increase in blood flow. Should you fight, should you flee, or should you stick around and see what happens next?

You get a little bit “addicted” to it


Flirting has to do with the parts of your brain — and the neurochemicals related to — both fear and desire. When you fulfill your desires, it registers in your brain as pleasure. It feels good.

“It’s an addictive kind of love. That’s what gets you into a relationship, exciting love,” Tatkin told me. “People who know how to generate this with a partner can do this throughout a long-term relationship, and they actually understand it, but some people can’t do that in their relationship. They’re repelled because they feel smothered and they feel bored and they feel all these other things, and they have to feel alive and so they flirt with people and that gives them that novelty and that sense of excitement and potential that keeps them from feeling depressed.”  The feeling you get from that high of flirting, attraction, and attention reinforces the behavior and you keep doing it.

Your palms get sweaty 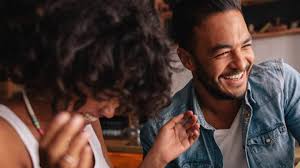 While your palms might not get sweaty each time you flirt, when they do, it’s also because your body is moving the blood around in order to respond to what’s going on externally. Maslar said that it, like when you get flushed and your heart starts to pound, is just a reaction to the norepinephrine coursing through your body, trying to determine what the best and safest response is: fight or flight.

Attraction and fear are closely connect, according to Maslar. “Back in the day they used to have the Tunnel of Love ride, which was like a dark ride, and it’s kind of scary, and you go in one end and you come out the other end and you’re in love,” Maslar said. “That’s because the fear really kicks in the attraction. It’s called misattribution of attraction when fear makes you feel like you’re attracted.“


Though you probably won’t notice much happening with your own pupils, you may be able to tell something is going on with someone with which you’re flirting. It’s more subtle than some of the other signs, but since you’re probably already looking at them in their eyes, you might pick up on something important.

“If you’re flirting with someone, one of the ways that you can tell if they’re really interested is if their pupils start to dilate,” Maslar said. “That’s an indicator that they’re sexually attracted.”

You release a particular hormone that changes everything


When you’re attracted to someone, first comes norepinephrine, a neurotransmitter related to fight or flight as well as lust. Dopamine, another neurotransmitter, can also come into play, specifically when you start to think there’s a real connection there. It makes you feel happy.

There are also some hormones, however, that are vitally important to attraction and come into play while you’re flirting. According to Maslar, for males the relevant hormone is called vasopressin, while for females, it’s oxytocin.

Vasopressin “kind of moves it into his body more,” said Maslar, while oxytocin has to do with females “building trust.” Both of these hormones are essential for building on that initial twinge of physical attraction and turning it into something more.


Do you find yourself laughing when you’re flirting with someone? There’s some science behind that. Oxytocin is released when you realize that you’re actually establishing a connection with the person with whom you’re flirting.

“That’s one of the reasons why they say, ‘women like men that can make them laugh,’ because you can only laugh if you’re trusting someone,” Maslar said, but noted that not all laughter is about connection. “Besides that you have nervous laughter, like, ‘oooh, he’s gonna kill me.’ [But] when you feel comfortable enough to really have a laugh, that’s where the oxytocin comes in.”