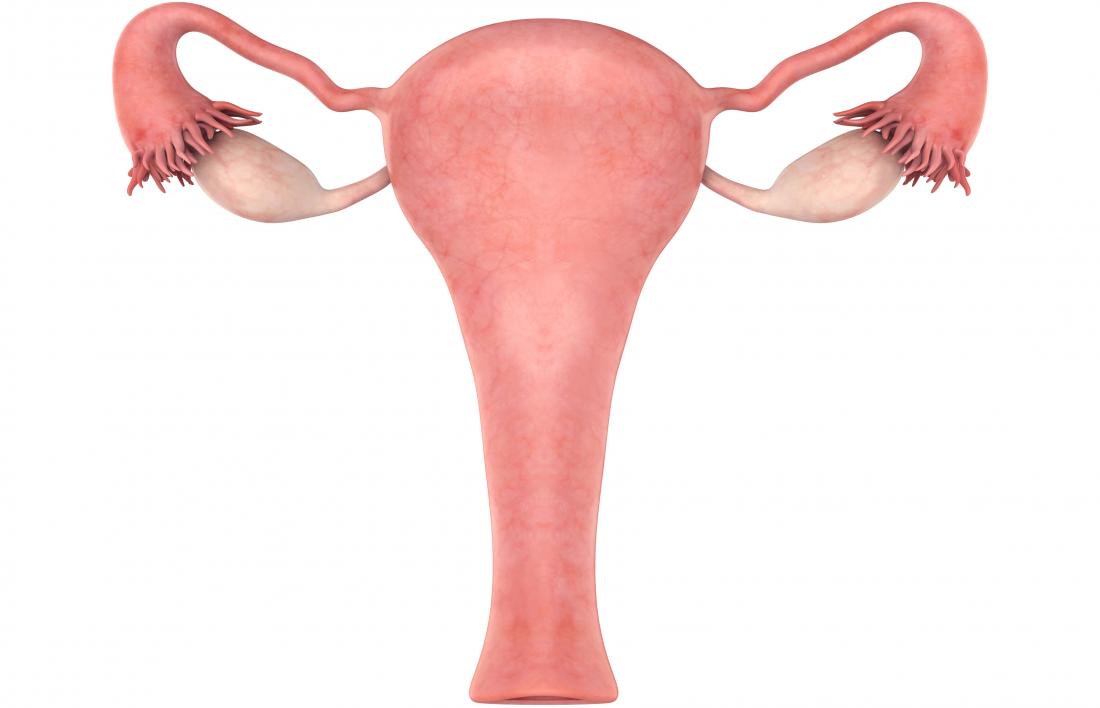 A woman’s uterus is the size of a clenched fist but can grow as big as a soccer ball or larger during pregnancy. In addition to pregnancy, there are many other reasons why a woman’s uterus may become enlarged.
An enlarged uterus can be the result of a medical condition that not only causes it to grow but also to bleed and become painful. A condition that results in an enlarged uterus may require treatment.

A woman can be unaware that she has an enlarged uterus. Most often, women discover they have a problem during a pelvic exam.

It is possible a woman may notice a bloated belly or that clothes seem too tight, but for most, a diagnosis of an enlarged uterus is unexpected.

There are multiple reasons why the uterus may become enlarged. An enlarged uterus may be more common in menopausal women, but women in their childbearing years can develop this condition too.
Fibroids

Fibroids are one of the most common causes of an enlarged uterus. Fortunately, fibroids are noncancerous.

Fibroids are small lumps that can weigh up to several pounds. They are found along the walls of the uterus.

According to the Office on Women’s Health (OWH) of the U.S. Department of Health and Human Services, between 20 or 80 percent of women develop fibroids before the age of 50. They are most common in women who are in their 40s and early 50s.

Fibroids may be asymptomatic, or may cause pain and heavy menstrual cycles.

Fibroids also put pressure on the bladder and the rectum, causing frequent urination and rectal pressure. If they get too big, fibroids may cause the uterus to become enlarged.

Adenomyosis is a noncancerous condition that mimics symptoms of fibroids. It results in the lining of the uterus becoming embedded directly in the muscle wall of the uterus. During the menstrual cycle, the cells of the muscle bleed, causing pain and swelling.

The adenomyoma is the swollen part of the uterine wall. Upon examination, the adenomyoma feels like a fibroid, and it may even be confused with one on an ultrasound.

Adenomyosis may not cause any symptoms. In other severe cases, it can lead to heavy bleeding and cramping during menstruation.

One study of 985 women reported in the medical journal Human Reproduction found that adenomyosis was present in approximately 20 percent of participants.

However, all participants in the study had attended a gynecology clinic with existing symptoms. It is possible, then, that the prevalence of adenomyosis is higher in the general population.

Polycystic ovarian syndrome (PCOS) also causes an enlarged uterus. It is the result of hormonal imbalances in menstruation and the shedding of the endometrial lining of the uterus. It affects 1 in 10 women of childbearing age, according to the OWH.

The body typically sheds the endometrial lining during the menstrual cycle, but in some women, the lining is not entirely discarded and interferes with their monthly cycle.

The accumulation of the endometrial lining causes inflammation and enlargement of the uterus.

According to the National Cancer Institute (NCI), endometrial cancer is most often diagnosed in women ages 55 to 64. The NCI estimates there will be 61,380 new cases in 2017.

One of the symptoms of endometrial cancer is an enlarged uterus, although it can also be an indicator of advanced stage cancer.

Perimenopause, which is the stage before a woman enters menopause, is another cause of uterine enlargement and is due to fluctuating hormone levels.

Inconsistent hormone levels during this period of a woman’s life may cause the uterus to enlarge. Most the time, the uterus goes back to its normal size once a woman has reached menopause.

But if cysts become too large, they can cause an enlarged uterus, as well as more serious complications.

Many women do not know they have an enlarged uterus. Usually, a doctor discovers this condition during a physical exam or with imaging tests.

In most cases, an enlarged uterus is a benign condition and does not require treatment unless a person has severe symptoms and pain.

The causes of uterine enlargement may lead to complications if the symptoms of the underlying condition worsen or are left untreated.

Complications may include:
Treatment

Most causes of an enlarged uterus do not require treatment, although some women may need medication for pain relief. Birth control pills and intrauterine devices (IUDs) containing progesterone can ease the symptoms of heavy menstrual bleeding.

In very severe cases, some women may need a hysterectomy.

With uterine cancer, surgical removal of the uterus, fallopian tubes, and ovaries may be the recommended course of treatment. Following surgery, women may undergo chemotherapy and radiation.

An enlarged uterus is usually not an indication of a serious health condition. Doctors will use CT scans and ultrasounds to determine the exact cause of enlargement.

Most of the time, no treatment is necessary and doctors will just monitor the cause of enlargement. They may also carry out some tests to rule out uterine cancers.

It is important for women to have routine pelvic exams with a gynecologist to detect any problems early and prevent complications.