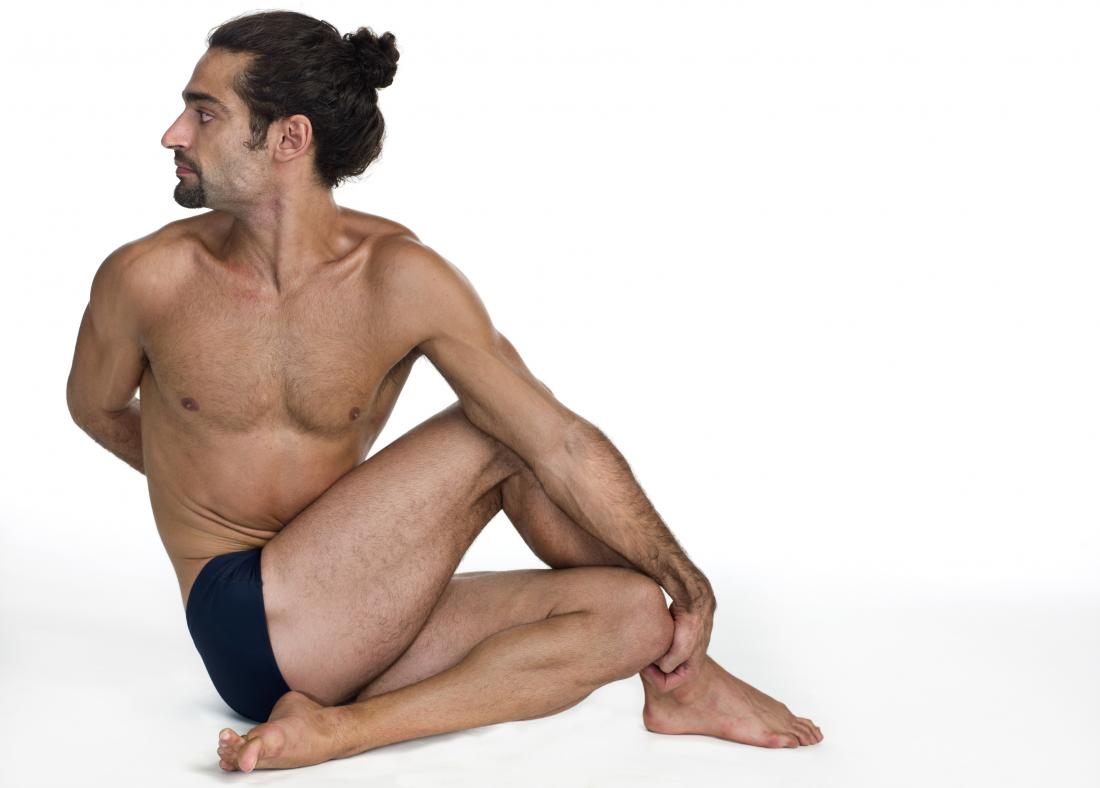 
Erectile dysfunction occurs when a man cannot achieve or maintain an erection. Research suggests that practicing yoga on a daily or a similarly frequent basis may help men enjoy improved sexual health.


There can be many causes of erectile dysfunction or ED, ranging from restricted blood flow to medications being taken by the man, to psychological and emotional concerns.

While some ED causes may require medical treatment, men are exploring alternative medicine techniques to reduce ED. One such example is yoga.

Fast facts on yoga and erectile dysfunction:
The best yoga poses for ED


Research does not currently exist about specific yoga poses and their benefits in reducing ED. However, researchers writing in the Journal of Ayurveda and Integrated Medical Sciences have made observations on the body of knowledge about yoga, stress relief, and sexual function. The five poses listed below are based on their recommendations.

1: Ardha Matsyendrasana (Half Lord of the Fishes)


This pose is intended to promote digestion and blood flow to major organs, including the liver, spleen, pancreas, and pelvic region:
2: Siddasana


The Siddasana is a classic yoga position, sometimes called Perfect Pose, and can be maintained for a long time. For men, it has the benefit of stimulating the pelvic region and promoting flexibility:

A man can remain in this position and practice deep breathing. He may wish to uncross the legs and repeat by crossing the right leg first.


Also known as Eagle Pose, this standing pose requires balance. A man should perform it near a wall or sturdy piece of furniture if he is developing his balance. This pose is known for increasing blood flow to the pelvis, making it potentially beneficial for those with ED.


The pavanamuktasana is also known as Wind-Relieving Pose because it promotes intestinal motility and can relieve stomach pains from gas.

Additionally, it helps to mobilize and warm the pelvic muscles and reproductive organs.
5: Shavasana

While almost anyone can perform the shavasana, it can be one of the most difficult to do well.

This is because it involves being quiet, introspective, and focusing on one’s breathing.
Yoga poses to avoid

While there are not necessarily yoga poses that will negatively impact a man’s sexual performance, any pose performed incorrectly could overstretch or strain the body.

For this reason, it is often best for someone beginning yoga practice to seek the advice of a professional yoga instructor.

What do research studies say about yoga and ED?


According to a study published in the Journal of Sex & Marital Therapy, yoga has been shown to help reduce:
Because high blood pressure and excess weight are both linked with ED, the benefits highlighted above could help a man reduce the incidence of ED.

The journal article also suggests that yoga increases blood flow to the genitals, which could enhance sexual function.


Research published in the Journal of Sexual Medicine studied 65 men from 24 to 60 years old who participated in 12 weeks of yoga sessions.

The participants were asked to score their sexual function before and after their yoga practice. At the end of the 12 weeks, men reported increases in ejaculatory control, erection, and orgasm.


Another article published in the journal Andrologia asked men diagnosed with ED to take the medication tadalafil (Cialis) or to take tadalafil and to take part in a stress management program as well.

After 8 weeks, men participating in the stress management program showed a reduction in their stress and in the stress hormone cortisol, which resulted in better sexual function measurements.

While the men did not participate in yoga specifically as part of their stress management, yoga is a stress-managing practice.


A man should talk to his doctor about his overall health to ensure he is healthy enough for certain yoga practices. For example, there are Bikram and “hot” yoga practices that involve performing yoga in a very hot studio. For men with blood pressure and heart concerns, this yoga approach may not be recommended, as it might be too strenuous.