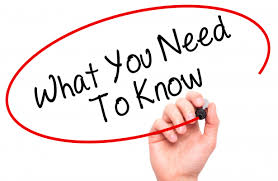 HOW
TO BE HEARD

CHAPTER
TWO: WE ARE ALL BIASED
We all have biases.
Face up to yours!
Imagine you’re at the
counter of a Domino’s pizza shop. You choose chicken barbecue over pepperoni,
and it tastes delicious. Good call!
Now, you’ve never
liked pepperoni pizza, so were you biased against it when you made your
decision? Yes, but that’s not necessarily a bad thing. Biases can be useful,
helping us conserve our decision-making energy and deal with overwhelming
amounts of information. So instead of being paralyzed by the choice between
chicken barbecue, pepperoni, or one of the many other flavors, you end up with
a pizza you really like.
On the other hand,
biases can have negative consequences, too. Here are just two ways our biases
can hamper our efforts to disagree productively:
Our biases can
manifest as a mental shortcut that the psychologist Daniel Kahneman terms the
availability heuristic. Essentially, when faced with a decision, we only
consider the options that we can immediately call to mind. Problem is, we all
have different availability heuristics. A solution or strategy that seems easy
to you might seem difficult, disadvantageous or downright dangerous to someone
else – and vice versa. When two or more availability heuristics clash,
disagreements can often arise.
Another bias?
In-group favoritism. We tend to give the benefit of the doubt to people who we
consider to be part of “our group”,
whether that’s someone who attended the same college as us or someone who votes
the same way we do. The bias can be particularly toxic during a disagreement.
While we’ll consider the arguments of people in our group, we’re apt to dismiss
the perspectives of people outside of it. This a surefire recipe for an unproductive
disagreement, and it narrows your worldview, too.
Both these mental
shortcuts have evolved to save us time and mental energy, and in the right
context, they could. But sometimes they fill in our mental gaps in lazy,
ill-considered ways, rather than forcing us to consider alternative
perspectives and arguments. When we’re stuck in one perspective, it’s hard to
engage in open-minded and productive disagreements.
The tricky thing
about cognitive bias is that you can’t just turn it off and on when it suits
you. In order to participate in productive disagreements, you need to honestly
acknowledge your own biases. More than this, you need to admit that, unchecked,
your biases can prevent you from seriously engaging with other viewpoints. Make
sure your biases aren’t getting the better of you. Try to understand the
thought processes that lead others to arrive at their arguments, and check
yourself when you reflex-ly dismiss voices from a group that’s not your own.
Own your perspective,
but don’t speculate about others.
When it comes to our
careers, we’re often told to “play to our
strengths.” Well, the same advice applies to the way we approach our
disagreements. When we’re arguing, one of our strengths is the way we inhabit
and understand our own perspective.
Speculating about our
opponent’s perspective, on the other hand, is a weakness. When trying to
understand our opponent’s arguments, we have an unfortunate tendency to
oversimplify or even demonize their point of view.
To illustrate this
point, let’s take a look at a hypothetical example: the story of two friends,
Bob and Sofia, who had a disagreement relating to the 2016 US election. It was
one of the most contentious and closely won elections in US history, yet many
millions of people who were eligible to vote decided not to do so. When Sofia
found out that Bob was one of these people, she was enraged. She understood
perfectly why she had voted: because she believed passionately in one candidate
and was strongly opposed to the other candidates. She thought she understood
just as well why Bob hadn’t voted: because he was selfish, apathetic, and
unwilling to do his democratic duty.
As time passed, the
voice of possibility popped up in Sofia’s thoughts. She had always respected
Bob’s intelligence. Until then, she’d never thought of him as selfish. Was
there some motivation behind his actions that she had missed? She reached out
to Bob, and he explained. Unlike Sofia, Bob didn’t feel that any of the
candidates were fit for office. He couldn’t vote for one in good conscience
when he genuinely didn’t believe they would do a good job. So, he decided to
exercise his right to abstain from voting. In fact, he considered his non-vote
a protest.
Sofia doesn’t
necessarily agree with Bob’s decision. But, by listening to the voice of
possibility and reaching out, she now knows his motivations and reasoning were
a lot more complex than she initially gave him credit for. Best of all, their
friendship is intact.
What’s the lesson
here? Speak for yourself! But more than that, invite others to do the same. You
don’t need to agree with them, but you’ll understand where they’re coming from.
Please
leave your thoughts and opinions in the comments box provided below.
Have
a fruitful day!