You’ve been deep conditioning all wrong this whole time 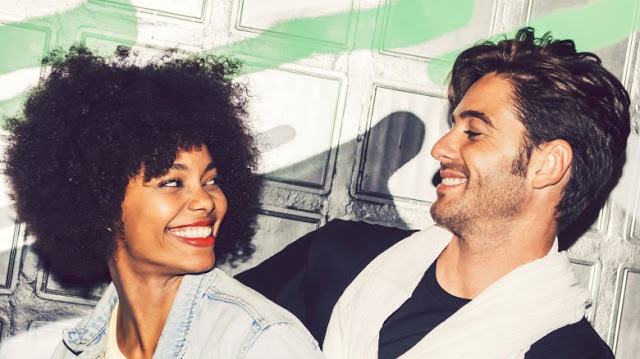 Unlike most species, humans bare their teeth not as a sign of aggression, but as an affable gesture. Smiling is also an intrinsic human behavior. When speaking to Scientific American, Frank McAndrew, a professor of psychology at Knox College in Galesburg, Illinois, who has spent much time studying facial expressions, dubbed smiling a “preprogrammed behavior.” He explained, saying, “Kids who are born blind never see anybody smile, but they show the same kinds of smiles under the same situations as sighted people.”

Nevertheless, not all smiles are authentic. “In a lot of human smiling, it is something you do in public, but it does not reflect true ‘friendly’ feelings — think of politicians smiling for photographers,” the professor explained. You can probably remember a time when you plastered on a less than genuine grin. Still, it’s no secret that we as humans enjoy a nice, authentic smile — but why? You’ll want to keep on reading.

Before we delve too deep into the allure of smiles, it’s important to first note what science has proven about the human expression. Smiling is an innate part of being human, yes, but that alone is not what makes it an attractive quality. After all, there are a whole lot of bodily responses that are, well, we’ll just say less than sexy.

Smiles help us “connect with other people“

Marianne LaFrance, an experimental psychologist at Yale University, discovered something interesting while conducting research for her book, Lip Service: Smiles in Life, Death, Trust, Lies, Work, Memory, Sex, and Politics. “I found that in obituaries people often, more than any other attribute, mentioned their loved one’s smile,” she told Wired. Although it may seem strange to refer to someone’s smile once they’ve passed, the psychologist said this just goes to prove that “smiling is a way we connect with other people.”

Additionally, LaFrance also revealed that “people convey by their faces that they acknowledge us, that we’re alive, that we matter, that we are not just objects to be dispensed with.” That’s right, genuine grins are a big deal. Plus, with connection and attraction basically being the peanut butter and jelly of the dating world, is it any wonder that we all find smiles so appealing?

Smiling can indicate this attractive quality

If you were to describe someone who is altruistic, you might mention their frequent volunteering or giving of their time, but you might also be inclined to talk about their smile. According to the Association for Psychological Science, British behavioral scientist Marc Mehu, along with his team, discovered that people tend to dole out genuine smiles in an effort to “reliably advertise altruistic intentions.”

Altruism itself is also considered to be a beguiling quality. In fact, it was proven to be an important factor for many women when choosing a long-term partner. This characteristic of generosity even has the ability to boost one’s attractiveness. For real. A 2016 study revealed that “being altruistic made low attractive men more desirable” when it came to long-term relationships. Men who weren’t considered attractive — but were instead altruistic — were rated as more desirable than just plain ol’, not altruistic, attractive men.

Smiling is “central to our feeling of comfort“

Although you may not think much of your ability to smile, some neurological and medical conditions render people unable to create the facial expression. When that happens, Marianne LaFrance, an experimental psychologist at Yale University, said it can be “traumatic.” When speaking to Wired, she explained, “Smiling is so central to our feeling of comfort in the world that, when you’re unable to smile, we are made uncomfortable by that.”

The professor also related the experience of a woman who underwent a face transplant after being attacked by a chimpanzee. After the operation, the woman regained her ability to both smell and smile. “This woman will be blind for the rest of her life, but it’s remarkable that she’s able to smile,” LaFrance told the publication. “It’ll be important for her life.” Just as smiling helps people connect, smiling can also be reassuring and thus helpful in relationships.

While there are a variety of reasons for smiling, happiness is generally thought of as the most common cause. In a Canadian study (via CBC News), participants were first shown the same member of the opposite sex in four distinct poses — happy, proud, ashamed, and neutral — and asked to rate their attractiveness. Happy was illustrated with a smile, proud with arms raised above the head, ashamed with downward-facing eyes, and neutral with a vacant stare. In the end, the male participants rated smiling (“happy”) women as the most attractive.

Although the women who participated in the study actually found “proud” men to be the most attractive, “happy” men were only “about one point lower” in attractiveness. Out of all the female participants, younger women rated smiling men the lowest whereas older women found “happy” and “ashamed” men to be pretty much equally attractive. Nevertheless, happiness — and its hallmark sign, the smile — are undeniably attractive.

A 2003 study cited by the Association for Psychological Science discovered just how smiling affects the brain. With the use of MRIs, researchers found that just looking at an attractive face activated the brain’s orbitofrontal cortex. This part of the brain helps process sensory rewards, like taste and touch. Interestingly, when participants saw the same face with a smile, brain activity increased. Seeing someone smile could just be a reward of sorts.

Ronald Riggio, a professor of leadership and organizational psychology at Claremont McKenna College in California, wrote for Psychology Today that “each time you smile at a person, their brain coaxes them to return the favor.” He explained further, writing, “You are creating a symbiotic relationship that allows both of you to release feel-good chemicals in your brain, activate reward centers, make you both more attractive, and increase the chances of you both living longer, healthier lives.” The case for smiling is strong.

Why men should stop telling women to smile

Smiling has its benefits, sure, but those benefits are diminished — if not totally eliminated — when you’re told to smile. Women tend to be on the receiving end of this conversation often — whether it’s with a rando walking down the street who decides to yell out “Cheer up!” or your male coworker who thinks it would behoove you to plaster on a grin. As you can imagine, exactly zero percent of women enjoy being told to smile.

Biological anthropologist Helen Fisher explained it this way to USA Today: “Telling anybody to do anything can rub you the wrong way, particularly if it’s not natural to you.” So, why do some people, particularly men, continue to demand smiles? Fisher said “it might be a sign of affection” in some cases. For example, your male coworker may think a smile would truly help you get along better with others in the office. Other times, though, Fisher explained that men may just be forcing the issue of smiling in an attempt to push a woman back into a subservient, stereotypical role.

The odd power of the male smile

Requesting a smile from a woman is not the only way men encourage subservient behavior. According to a study in the Personality and Social Psychology Bulletin (via Prevention), a man’s smile can work in much the same way. Researchers discovered that women were more likely to like a man in a dominant role, like an instructor, if he smiled. This was true even if the man smiled after saying something sexist! “It seems that overt sexism can affect behavior that actually promotes women’s submissiveness when the bitter pill of sexism is given the sugar coating of a smile,” the researchers revealed.

This is because, according to body language expert Patti Wood, women “look to the body” more so than what transpires through verbal communication. “If they see a smile, then the interaction seems more friendly,” she explained. There’s no denying that we’re suckers for smiles, but it can certainly — and sadly — be used against us.

The most appealing smile 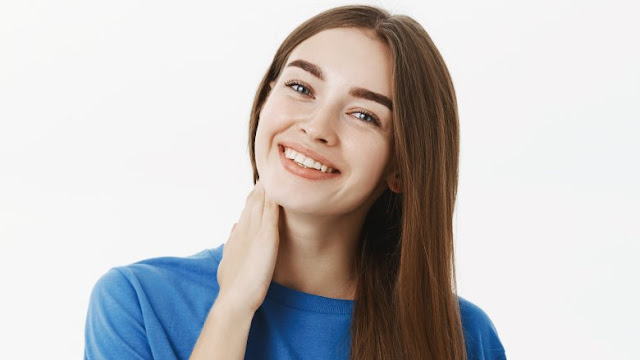 From flirty smirks to uncontainable toothy grins, smiles come in all shapes and sizes. However, there is one kind of smile that tops them all when it comes to sex appeal. Of the single women who received “likes” more than half of the time on the dating app Coffee Meets Bagel (via StyleCaster), a whopping 71 percent were pictured smiling with their head tilted. Smiling with teeth made up 58 percent, while 24 percent smiled without showing any chompers. When it came to the most-“liked” single men, 79 percent smiled with teeth.

Although the study did not state why the head-tilted smiles and toothy grins are so attractive, researchers have found that direct eye contact can come across as threatening, whereas a tilted head can actually improve your social interactions and engagements. Of course, when — or how — you smile is up to you. Writer Leslie Bailey explained her reasons for not always smiling, saying, “Because I do not always feel the need to be more attractive. I don’t always want to look approachable. I am not here for you.” Hear, hear.