THE TRUER WORDS OF JOHN BEGINS 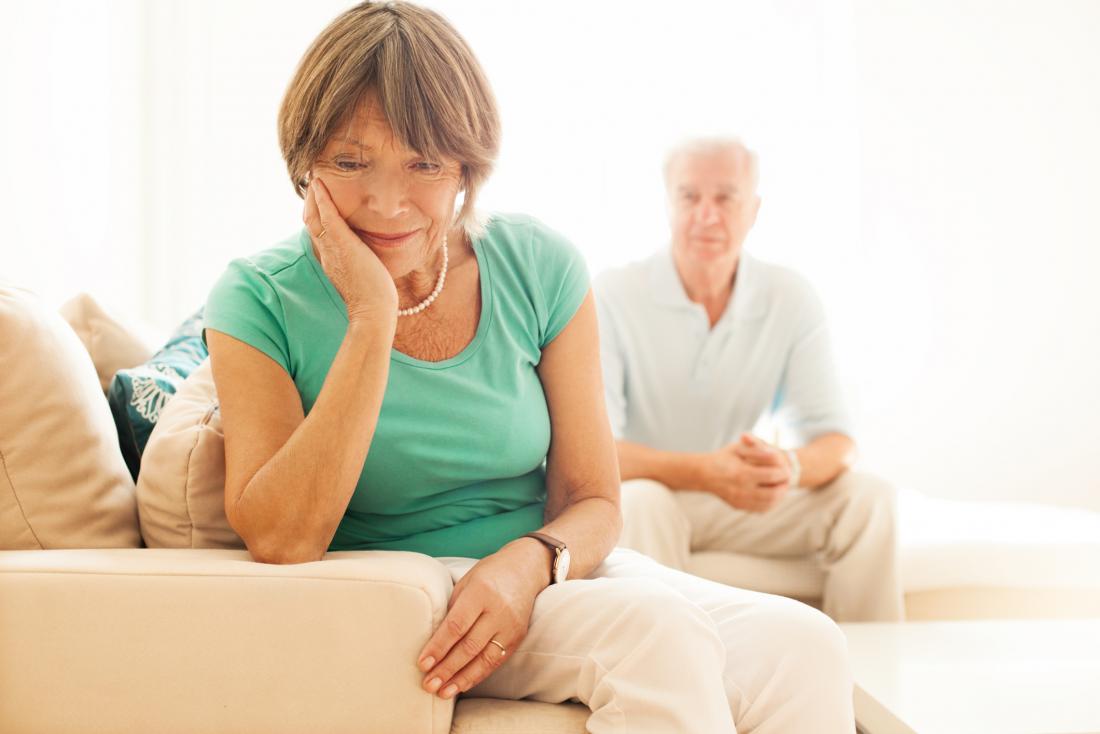 By
Ana Sandoiu
Fact
checked by Jasmin Collier
New research investigates the
reasons behind why aging women tend to lose interest in sex after going through
menopause.
The findings will be presented
at the North American Menopause Society (NAMS) Annual Meeting, which will be
held in Philadelphia, PA. Dr. Amanda Clark, from the Kaiser Permanente Center for
Health Research in Portland, OR, is the lead author of the study.
The research examines the
prevalence of so-called genitourinary syndrome of menopause (GSM) among
postmenopausal women, and how it impacts women’s ability to enjoy sex.
GSM is the collective name for
the range of vaginal and urinary tract issues affecting women who are either
going through menopause or who are postmenopausal.
Common GSM symptoms include
bladder control problems and pain during sex, or dyspareunia, which tends to
occurs because the vaginal walls become thinner with age.

From March to October 2015,
Dr. Clark and her colleagues surveyed more than 1,500 women aged 55 and above
using email.
The women were predominantly
white, and nearly half (48 percent) of them reported not having had any sexual
activity in the 6 months leading up to the study.
The women were approached
within 2 weeks after they had visited their primary care physician or
gynecologist, and the researchers selected the participants using electronic
health records. In the survey, the women were asked about their history of
“vulvovaginal, urinary, and sexual symptoms.”
The researchers compiled
questions from the International Urogynecology Association-Revised Pelvic Organ
Prolapse/Incontinence Sexual Questionnaire, and they combined them with similar
questions that they designed specifically for vulvovaginal atrophy symptoms.

The main self-reported reasons
for why women were not sexually active were lack of a partner, with 47 percent
of respondents saying that this was the case, or the partner’s “lack of
interest or physical inability,” with 55 percent of participants
responding thusly.
However, in addition to these,
the respondents reported several medical reasons. “Bladder leaks, urgency,
or too frequent urination” was noted by 7 percent of the women, while 26
percent of them said that their sexual inactivity was “due to vulvovaginal
dryness, irritation, or pain,” and 24 percent said that dyspareunia was
the main reason.
Sexually active women also
reported feeling “pain or discomfort” while having sex, with 45
percent of them saying that they “usually” or “always” feel
such pain. Also, 7 percent of these women said that they experienced urine
leakage during intercourse.
Vaginal dryness was another
common problem, and 64 of the women who did not use lubricant reported
experiencing this issue.
Overall, “[For] both
sexually active and inactive women, fear of experiencing [painful sex] was
reported as [the] reason for avoiding or restricting sex more often […] than
fear of bladder symptoms,” write the authors.
More specifically, 20 percent
of the women reported a fear of vulvovaginal atrophy symptoms, while just 9
percent reported a fear of bladder control symptoms.
Dr. Clark and her colleagues
conclude, “Postmenopausal women report that [GSM] symptoms occur during
sexual activity. Further, these symptoms limit the ability to be sexually
active and negatively affect the emotional experience of their sexual
life.”
“Our findings underscore
the need to further expand the sexual history after a woman reports that she is
not currently sexually active.”

Strengths and limitations of
the study

Speaking to Medical News Today
about her research, Dr. Clark said, “[The strengths of the study were
that] we evaluated the full age spectrum for postmenopausal women, up to age
89, [and that] we [were] able to link survey and electronic health record
data.”
Dr. JoAnn Pinkerton, the
executive director of the NAMS, also weighs in on the findings, saying,
“This study provides just one more reason why healthcare providers need to
have an open and honest discussion with peri- and postmenopausal women so that
appropriate treatments options can be evaluated.”
But Dr. Clark noted some
limitations of the study, as well. She told MNT, “Our study population
differs from the general population in that these women had sought preventive
care. We evaluated women immediately after a well-woman visit.”
“Also,” she
continued, “women in our study may have increased awareness of GSM since
they volunteered to participate in a study named ‘Yes to Vulvovaginal
Health.'”
She said that future research should test the
findings in larger cohorts. “[The] next steps,” Dr. Clark concluded,
“are to continue to find ways to include sexually inactive women in
studies of sexual function related to GSM.”
SOURCE:
MEDICAL NEWS TODAY