CHILD MARRIAGE IS CHILD LABOUR: CHANGE BEGINS WITH ME.

WOMEN
IN POLITICS: Chauvinism vs. Feminism? 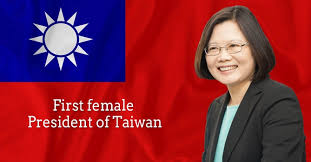 The last time I was on
vacation, I had ample opportunity to do the things I really like- chasing girls
in the neighbourhood (just joking o), waking up late, visiting people, not
going to work, sleeping all day and watching television. Watching TV- my
favourite television station is CNN, I like Christine Amanpour, Becky Anderson,
Hala Gorani, Richard Quest, Natalie Allen, Amara Walker, Maggie Lake amongst other
wonderful presenters. I stay clued to the Cable News Network most of the time. However,
on a fateful day, I saw a newsflash, “Women
allowed voting for the first time in Saudi Arabia” Honestly, I did not know
and I would not have believed if it was not on CNN that there is a country
where women are still disenfranchised because of their gender. Hello somebody?
It is 2015.
Despite comprising over
50 percent of the world’s population, women continue to be under-represented as
voters, political leaders and elected officials. Democracy cannot truly deliver
for all of its citizens if half of the population remains underrepresented in
the political arena. From the local to the global level, women’s leadership and
political participation are often limited. Women are underrepresented as
voters, as well as in leading positions, whether in elected office, the civil
service, the private sector or academia. This occurs despite their proven
abilities as leaders and agents of change, and their right to participate
equally in democratic governance. At the 2011 UN General Assembly resolution on
women’s political participation notes, “Women in every part of the world
continue to be largely marginalized from the political sphere, often as a
result of discriminatory laws, practices, attitudes and gender stereotypes, low
levels of education, lack of access to health care and the disproportionate
effect of poverty on women.” 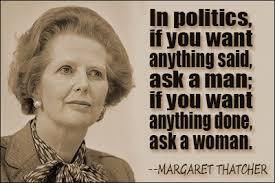 Women
are Great Leaders
Research has shown that
especially in rural contexts, women that do gain a political or administrative
platform favour policies on areas that rural women struggle with – such as the
availability of water and road infrastructure.
According to VSO’s
official website, women around the world often face daunting social, economic
and political challenges both as activists, elected officials and constituents,
their contributions are crucial to building a strong and vibrant society
because:
·
Women, as the conventional primary
caretakers of children, often have a more prominent role than men in advocating
for children. Female representatives not only advance women’s rights, but also
advance the rights of children. Most of us prefer to relate with our mothers
than fathers, this is partly because Women tend to understand opinions and
emotions better than men.
·
Women are highly committed to promoting
national and local policies that would address the socio-economic and political
challenges facing women, children and disadvantaged groups. A number of studies
from both industrialized and developed countries indicate that women in local
government tend to advance social issues.
·
Women are particularly effective in
promoting honest government. Countries where women are supported as leaders and
at the ballot box have a correspondingly low level of corruption. Germany,
Liberia, Brazil and the likes provide abundant reference.
·
Women are strongly committed to peace
building, as they often disproportionately suffer the consequences of armed
conflict. Reconstruction and reconciliation efforts take root more quickly and
are more sustainable when women are involved. By helping women become
participating members of a democracy, one can look to mitigate conflicts or
stop conflicts before they begin.
·
Women are strongly linked to positive
developments in education, infrastructure and health standards at the local
level. Where rates of gender development and empowerment are higher, human
rates of development and standards of living are also higher.

I.
Social
Perception– According to Wikipedia, women participation has
been limited by the assumption that women’s proper sphere is the “private”
sphere. Whereas the “public” domain is one of political authority and
contestation, the “private” realm is associated with the family and the home.
By relegating women to the private sphere, their ability to enter the political
arena is curtailed. Gender inequality within families, inequitable division of labour
within households, and cultural attitudes about gender roles further subjugate
women and serve to limit their representation in public life. Societies that
are highly patriarchal often have local power structures that make it difficult
for women to combat. Thus, their interests are often not represented.

II.
Cultural,
Traditional and Religious Beliefs– In many countries,
strong patriarchal cultures subordinate girls and women in private life and
exclude them from participation in public life. In Bangladesh, for example,
state legislation frequently disregards women’s rights, despite the
constitution stating that “all citizens
are equal before the law”. In Northern Ghana, tradition dictates that women
must not sit with men at community meetings but sit behind them. Such lack of
opportunity to approach local politics on an equal footing sees those women who
do engage fighting an uphill battle to be accepted by their constituents,
including female voters.
III.
Poverty–
Women living in poverty carry the overwhelming burden of domestic
responsibilities. In my previous write-up on a similar topic titled; “Gender Equality: Let’s Make it
Happen”, I argued that 70% of the world’s poor are women
and a large number of these people live in Sub-Saharan Africa and the
Middle-East. They tend to have multiple roles as wives, mothers, daughters,
community carers and income-generators. They are expected to gather water and
firewood, and to clean, to cook and support their families. This work is unpaid
and time consuming. For women living in poverty, getting involved in anything
beyond their immediate needs for survival may seem like an impossible extra
burden. These domestic expectations also contribute towards the lower
educational attainment of girls, which in turn affects their ability and
confidence to put themselves forward for roles in political and public life later
on. 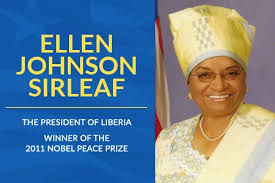 THE
WAY FORWARD
Women in government in
the modern era are under-represented in most countries worldwide, in contrast
to men. However, women are increasingly being politically elected to be heads
of state and government. At the time of putting this piece together, more than
20 countries currently have a woman holding office as the head of a national
government. Brazil, Germany, India, Argentina, Australia, United Kingdom,
Jordan, Thailand, Liberia, Costa-Rica to mention a few presently have a female
Head of Government or a past Head of government and a number of countries are
exploring measures that may increase women’s participation in government at all
levels, from the local to the national.
According to reliable statistical
data, the global participation rate of women in national-level parliaments is
nearly 20% but more still needs to be done because women are more likely to
live in poverty than men and women will not be equally represented in
parliaments until 2065, and will not make up half the world’s leaders until
2134. All hands must be on deck to ensure equal opportunities to elective
positions without gender as a barrier. It
is essential they have a voice because we cannot move forward if half the
world’s population is left behind. 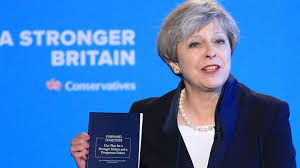